Is good or bad in your character's DNA? 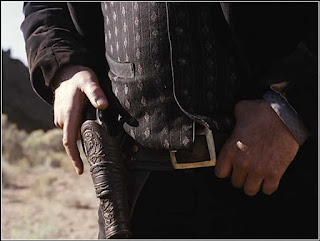 It’s been a busy couple of weeks trying to get everything back on track between all of the real life craziness that buzzes through. I’m working on a novel I love, a western titled Outlaw Born. I want this thing to get finished so the world can meet Ben Mason.

Ben is a complicated fella. He’s grown up hard and tried to be what people think of as a good man, despite his family legacy. There’s a darkness that runs through his blood thanks to his outlaw father.

The idea is based on an old argument. Can DNA dictate whether a person can be good or bad? Does your family history or bloodline really affect the outcome of your life or is it a series of choices that an individual makes?

For Ben, it’s been a series of struggles to deny his papa John Mason’s dark legacy. He wants to be a good man, a good husband, and father, but… that’s just not in his cards. As I write his story I wonder if some of his decisions re influenced by that dark legacy not just his anger, loss and the situation. Would a truly good man really make these choices? Is he still a good man even though he’s taken this path?

I’m enjoying his journey though he might not be. (Sorry Ben) I can’t wait to see how it ends and the answer to his struggles… if there is one. 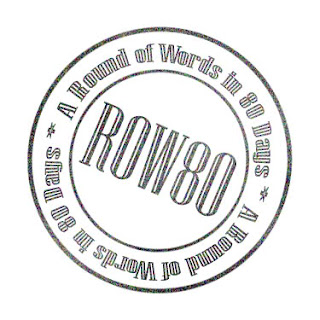 That brings me to this week’s goals
1. Write every day
2. Write one article a week
3. Blog at least 3 times a week
4. Start brainstorming for NaNoWriMo (it’s never too early for NaNo Planning ;)

Last week’s goal update
1. Write every day: Check! Something was written every day even if it was just a sentence or two in the chaos of goings on.
2. Write one article:  Tanked! I have one started but not complete.
3. Blog 3 times: Um nope. Tanked here too. I got one complete post in then nada. *hangs head.

That should keep me busy and out of trouble… well busy anyway J I’ll leave you with a little excerpt of Outlaw Born WIP.

*scene set up: Ben, a union solider has been wounded in battle and is recovering in the field hospital*

Outlaw Born Excerpt
He took her hand to make sure he had her attention. “In my coat… a letter… Ellen Mason, my wife…“ He couldn’t say more though he tried.

Sarah placed a gentle hand over his to reassure him she had heard. “Save your strength. You can post the letter when you’re on your feet again, Lieutenant.”

His eyes slipped shut once more.  Ben’s dreams drifted from sweet memories of his wife and son to horrible nightmares.

Ben woke with a gasp; it had felt more like a vision instead of a dream. His wife and son trapped in fire. He could feel the heat of the flames as he reached out to them. “Ellen… Joseph…”

Sarah sat up in the chair next to him. “Lieutenant Mason, just lay back, your fever broke, you’ll be alright now.”

It ached to take a breath, recognition set in and so did the ache of his heart. It had just been a dream but he had waked back to the nightmare of war.  “How long have I been here?”

The nurse gave him a gentle grin as she checked the wound. “Four days, not so long.”

Ben sighed as he took the offered sips of cool water. Not so long, but it felt like an eternity. He couldn’t shake the nightmare; it had been a long time since he’d gotten a letter from home.

The nurse left him to assist another. The soldier next to him rose from his cot and took the nurse’s chair. The older man clutched his arm to his chest careful of it as he sat. Something about the old man put Ben on edge.

The man grinned and offered his only hand. “Jorge Wilson, .”

Jorge looked at him for a moment as if he seemed familiar. “… I knew you had a familiarity. Benjamin Alexander Mason, Johnny’s boy?”

Ben’s expression went blank almost cold. “No. No John’s on the tree.”

Jorge chuckled. “No sense denyin’. You got your ma’s eyes. I remember you hidin behind her skirts in the saloon.”

Ben glared at him and forced his weak body upright. He reached out and gripped the man’s wounded stump. “You remember nothing, old man. The laudanum has you seein things not there. No, John Mason in my tree.”

The old man’s eyes widened with the sharp pain as he gave a brief nod. Ben let go and leaned back, his breath came in pants with the effort. He didn’t want to hurt the old man, but the past needed to stay as dead as his father. 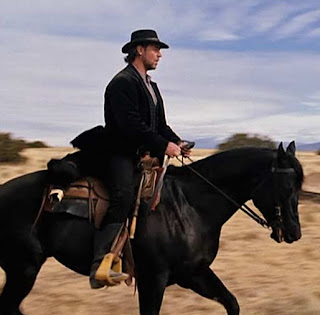 What do you think can a man be influenced by DNA or a dark legacy or is it the choices he makes that sets him on a course of good or bad? Or can a man do bad things and still be good? And don't forget to stop by the other ROW80 bloggers on the hop.
Posted by Elise at 8:55:00 AM 7 comments: