I was invited to participate in the Meet Your Character Blog Tour by fellow author Juneta Key. After you meet the handsome and deadly Ben Mason be sure to visit her blog and meet her character Heiden Grim.

Now let me introduce you to Ben Mason main character of Outlaw Born. 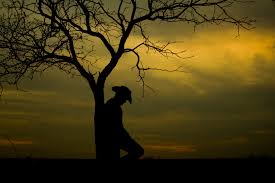 What is the name of your character? Is he fictional or a historic person?
Ben Mason is a historical fictional character. Yet he is based on the story of two brothers who came home from fighting in the Civil War only to find their family hanged and the homestead burned. The family had refused the railroad's offer to buy their land. The rail company wouldn't give in, bullying the family, in the end they took measures to destroy them and took the land by force. The brothers were good men, but they vowed to avenge their loved ones and turned outlaw to do so.

When and where is the story set?
The story is set at the end of the Civil War, a historical western. The story begins getting to know Ben as he leads a regiment of men for the North. Then we head for the wild west, New Mexico/Arizona, where Ben's home and family are.

What should we know about him?
Ben Mason is haunted by his father's legacy. A legacy of crime, murder, and hate. Outlaw blood runs through Ben's veins and he's faught the tendencies he learned as a child to become a good man. Yet he must face those dark needs on his journey in Outlaw Born.

What is the personal goal of the character?
Ben's goal in the beginning is simple. To come home to his wife and son, build his ranch and live as a good man should. That all changes when he discovers the deaths of his family. He embraces that darnkess to get the justice they deserved.

Is there a working title for this novel, and can we read more about it?
Outlaw Born is the true title for the novel. You can read a rough draft of the first two chapters on my Wattpad  And be sure to follow my blog for tidbits through Weekend Writing Warriors posts.

When can we expect the book to be published?
My goal is early 2015 Jan/Feb, though it may be more into spring if LIFE jumps in.

Orphaned at 8 years old and raised by a preacher's family Benjamin Mason became a good man. He wanted to forget and erase his real father's legacy of blood and violence from their name for his own son.

Then tragedy struck. The law wouldn’t give him justice, so he would take it. After all, wasn’t he born to be this kind of man, an outlaw filled with hell and vengeance in his blood? Ben Mason is outlaw born.

My vision of Ben Mason

Excerpt:
Ben woke with a gasp; it had felt more like a vision instead of a dream. His wife and son trapped in fire. He could feel the heat of the flames as he reached out to them. “Ellen… Joseph…”

Sarah sat up in the chair next to him. “Lieutenant Mason, just lay back, your fever broke, you’ll be alright now.”

It ached to take a breath, recognition set in and so did the ache of his heart. It had just been a dream, but he woke back to the nightmare of war.  “How long have I been here?”

The nurse gave him a gentle grin as she checked the wound. “Four days, not so long.”

Ben sighed as he took the offered sips of cool water. Not so long, but it felt like an eternity. He couldn’t shake the nightmare, it had been a long time since he’d gotten a letter from home.

The nurse left him to assist another. The soldier next to him rose from his cot and took the nurse’s chair. The older man clutched his arm to his chest, careful of it as he sat. Something about the old man put Ben on edge.

The man grinned and offered his only hand. “Jorge Wilson, Boston.”

Jorge looked at him for a moment as if he seemed familiar. “New Mexico… I knew you had a familiarity. Benjamin Alexander Mason, Johnny’s boy?”

Ben’s expression went blank almost cold. “No. No John’s on the tree.”

Jorge chuckled. “No sense denyin’. You got your ma’s eyes. I remember you hidin behind her skirts in the saloon.”

Ben glared at him and forced his weak body upright. He reached out and gripped the man’s wounded stump. “You remember nothing old man. The laudanum has you seein things not there. No, John Mason in my tree.”

The old man’s eyes widened with the sharp pain as he gave a brief nod. Ben let go and leaned back, his breath came in pants with the effort. He didn’t want to hurt the old man but the past needed to stay as dead as his father.

I hope you enjoyed this peek into Ben Mason and Outlaw Born. Do stop by for more about Ben and his journey, writing news, and a bit of fun on Gladiator's Pen.

Pompano or Bust Heading for the FAPA Fall Conference

filled July with lots of words and a good hunk of a novel written. Writing is always a thrilling adventure, but on August 8th and 9th I’ll be taking on a different kind of adventure.

I will be traveling to / with JLB Creatives Publishing CEO, Janet Beasley. We have the honor of teaching workshops during the Florida Authors and Publishers Association (FAPA) Fall Conference.

This isn’t my first endeavor into teaching a workshop, but it will be my first at a writer’s conference. My workshop is titled Energizing Your Author Platform Using Technology. The purpose of the course is to teach authors to utilize tools to not only energize their platform, but, tame the marketing monster into a manageable, easy to use form that will give the writer more time for noveling.

I will also be representing JLB Creatives Publishing as their Media Director. We’ll be talking to authors and fellow industry professionals about our company and what we can do for their manuscript.

There are going to be some other fabulous speakers and exhibitors at the event. There’s still time to register if you want to come down and join us. Just visit the FAPA site for all the information.

Not only is it exciting to be going to the conference and staying at the beautiful Fort Lauderdale Marriott Pompano Beach Resort & Spa, I get to show my son a bit of where I grew up. Bonus! We head for southern a week from today. I can’t wait for this adventure begin.